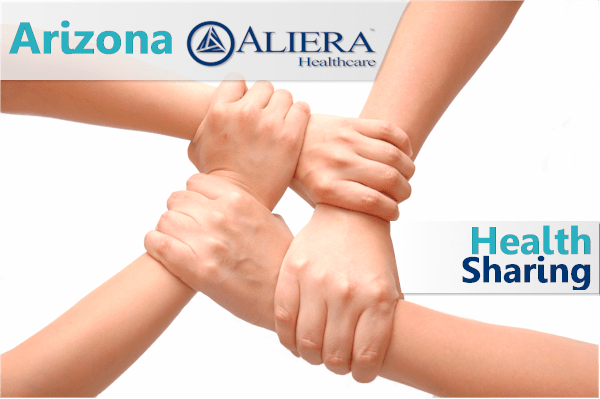 Has your Affordable Care Act plan gotten so expensive in Arizona that you can’t afford it?

Did you miss Open Enrollment for health insurance and you’re now “going naked” without any coverage at all?

Are you nervous about signing up for short term insurance and being diagnosed with something major just as as your short term coverage is about the expire?

Aliera Healthshare may be right for you in Arizona.

It has been around since 2011, and is partnered with Trinity HealthShare that handles hospitalizations and other high-ticket services while Aliera handles the first dollar costs such as preventative health care, office visits, etc).

Trinity has been around since 1996.

You can run your AlieraCare in Arizona health sharing quote here:

It’s NOT insurance, although it works in a similar fashion to the old style, pre-Obamacare plans.

There’s something that works like a deductible (called an MSRA in Aliera-speak), there are consult payments for such things as doctor visits and a network of providers (quite extensive in Aliera’s case).

What’s so different about it then?

It was one of several non-profit organizations that were exempted from the rules of Obamacare back in 2013 because of this. (It also was exempt from the penalty).

That being said, it is not tied to a specific religion or denomination. You only have to profess the belief in five statements to be eligible.

Expenses are paid out of a pool of people (numbering in the tens of thousands at this point) who share the cost of eligible medical expenses together.

You need to be aware that there’s no long-term guarantee that the claims will be paid out, since Aliera Healthshare is not regulated y the Department of Insurance and there’s no requirement that a certain amount of funds be set aside to cover future claims.

That being said, Aliera has been in business in Arizona since 2011 and has been paying expenses since then.

It is A-rated by the Better Business Bureau.

What are the similarities to the old type of insurance besides the ones mentioned above?

The premiums are more affordable generally, particularly if you’re not eligible for a Obamcare tax credit/subsidy.

Aliera plans have lifetime maximum payment of $1 million; there is no cap on what the Obamacare plans will pay over a lifetime.

There can be waiting periods, significantly for maternity coverage and for cancer diagnosis (12 months for the latter for some plans.

You can get an Aliera plan without the waiting period, but the rates are substantially higher.

If you go with one of the plans with a waiting period, we really recommend getting a stand-alone cancer plan).

There can also be waiting periods for any procedures (such as surgery) that have been ordered before signing up to the plan.

There is no built-in drug coverage. You can fill prescriptions through an outside service that offers significant discounts on the price, but there is no “formularly” system where drugs are priced according to tiers as in a traditional insurance plan.

No mental health coverage is offered.

There is a limit on how much a plan will pay. It pays up to $500,000 per incident or up to a $1 million as a lifetime benefit depending on the plan. There is no limit on an ACA plan.

It is not regulated by your state’s Department of Insurance, so you don’t have the regulatory fall back you would have with regular insurance.

To sum it up, Aliera Healthshare is not for everybody.

Again, if your healthy, without serious preconditions, and you’re faced with a huge ACA premium, it’s definitely worth looking at.

We’ll be glad to help you find out if it’s right for you.

We’ll provide you with a quote or answer any questions you might have about the coverage and how it works.

There are no charges for our services. If you want to know more about Aliera, please contact us.

You can run your Arizona AlieraCare health sharing Quote here to view rates and plans side by side from the major carriers...Free. 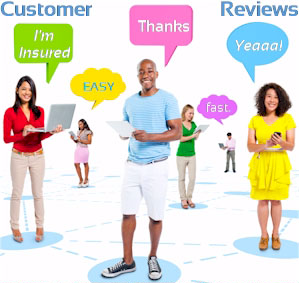